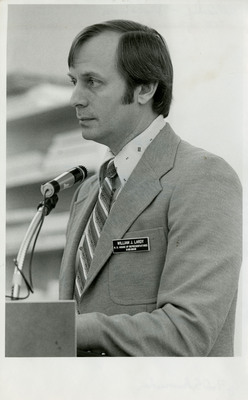 William Lardy, State Representative from Dickinson, testifies regarding a bill during the 1977 legislative session. Lardy served two separate times in the North Dakota House: the first from 1977 to 1980 and the second from 1983 until 1984.