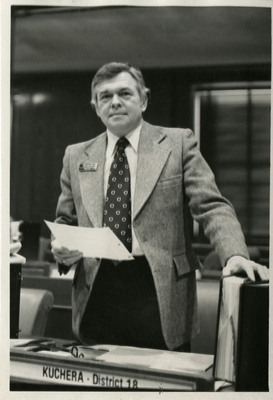 A photograph of Representative Tom Kuchera at his desk in the State Capitol in 1977. A Lieutenant Colonel in the Air Force, and an attorney in private practice, Kuchera served Grand Forks in the North Dakota House of Representatives for twelve years.