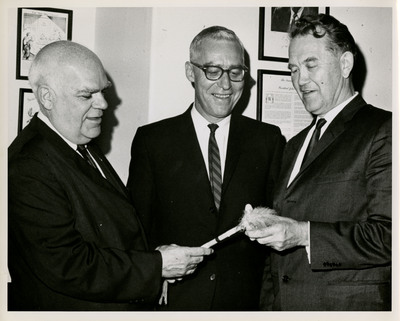 Photograph of "Rhoades" (left), Candidate for the House of Representatives John Hove and Senator Quentin Burdick from 1963. "Rhoades from Dem Nat Campaign Comm gave John $2,000" (from back of photograph)