John Hove with Governor Bill Guy and others, 1967 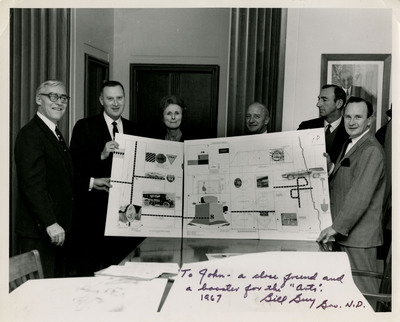 John Hove (far left), Governor Bill Guy (next to Hove), and several unidentified individuals hold a large poster. Governor Guy wrote the following on the bottom of the photograph: "To John - A Close Friend and a Booster for the 'Arts.' Bill Guy, Gov. N.D."