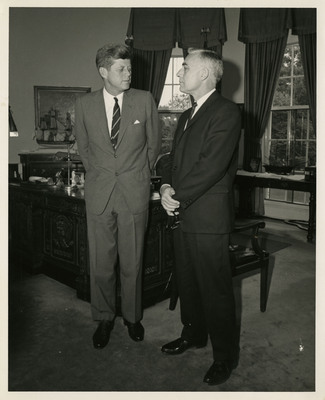 President John F. Kennedy stands alongside John Hove, a candidate for the House of Representatives, in the Oval Office at the White House on September 18, 1963.