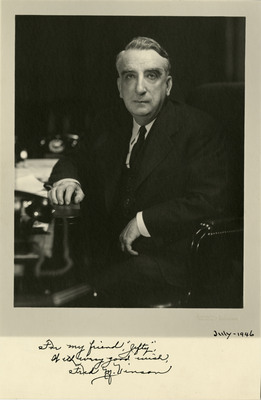 A signed photograph of Fred Vinson, the Chief Justice of the United States Supreme Court from 1946 to 1953. The autograph reads: "To my friend, 'Jefty,' with every good wish, Fred M. Vinson"