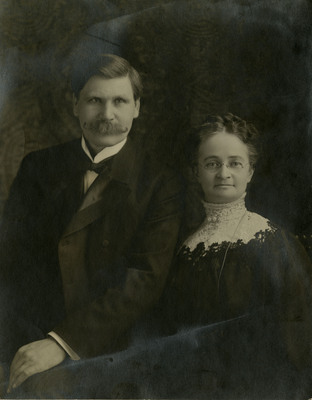 Asle Gronna and Bertha (Ostby) Gronna pose for an undated photograph. Asle Gronna represented North Dakota in the United States House of Representatives from 1905 to 1911 and in the United States Senate from 1911 until 1921. Gronna was a staunch isolationist, who voted against the declaration of war before the First World War and against the League of Nations treaty after the war.