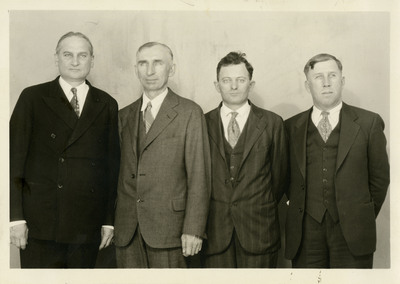 Undated group photograph including William Langer on the far left. Ole Olson is identified as the figure on the far right, based on writing on the back of the photograph.

Ole Olson served in both houses of the North Dakota legislature, prior to being elected Lieutenant Governor in 1932. Olson served the remainder of Governor Langer's term after Langer was removed from office due to a felony corruption charge.