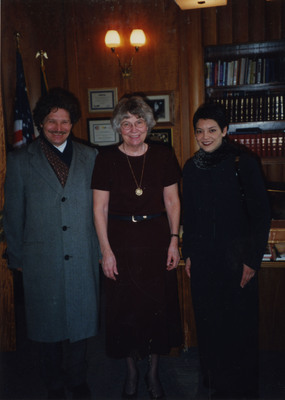 Lieutenant Governor Rosemarie Myrdal receives visitors in her office at the Capital. The caption on the back reads: "The Symphony."