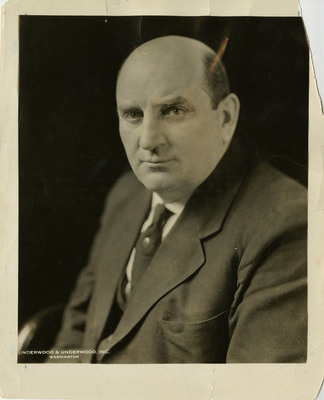 An alumni of the University of North Dakota, Lynn Frazier was elected Governor in 1916. He was re-elected in 1918 and 1920, but was recalled in 1921. Frazier became the first sitting Governor to be recalled in United States history. He was elected to the the United States Senate, serving until 1940, when he was defeated for re-election by William Langer.