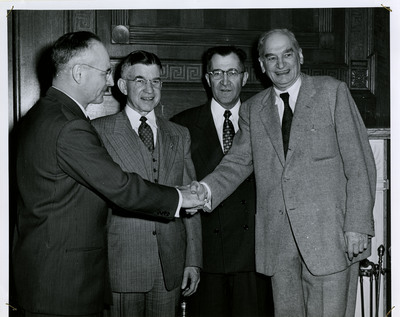 Douglas McKay was Governor of Oregon before becoming Secretary of the Interior in 1953.

Otto Krueger represented North Dakota in in the United States House of Representatives from 1953 until 1959.