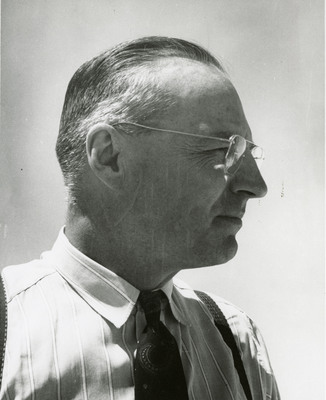 North Dakota Governor Fred Aandahl views in irrigation project in Riverton, Wyoming. This photograph appeared in the New York Times on 30 July 1948 and in the 1949 Dacotah (UND yearbook) on page 206. Information from the back of the photograph.