Luncheon for Lord and Lady Halifax, 1946 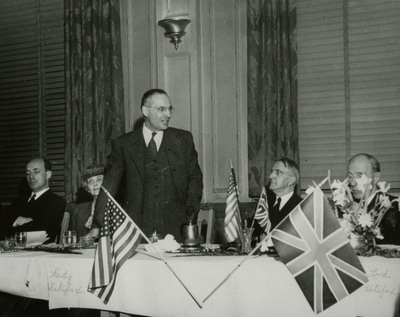 North Dakota Governor Fred Aandahl stands and speaks at a luncheon in honor of the visit of Lady and Lord Halifax in Bismarck in 1946. Lady Halifax is to the left of the Governor, while Lord Halifax is on the far right. Lord Halifax was the United Kingdom Ambassador to the United States from 1941 until 1946. All other individuals on the stage are unidentified.