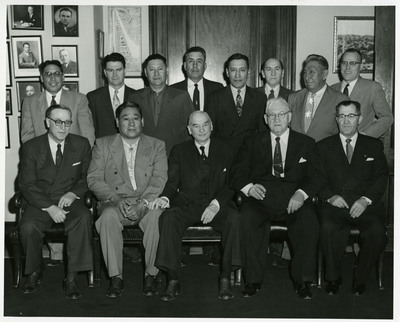 Representatives from Fort Berthold with North Dakota members of Congress in 1956. None of the the members of the delegation are identified.

Senator Milton Young (front row on the left) represented North Dakota in the United States Senate from 1945 until 1981.