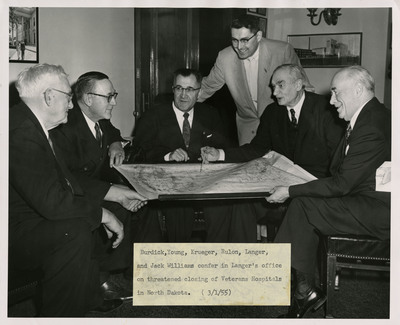 Otto Krueger served North Dakota in the United States House of Representatives from 1953 until 1959.

While the exact identity of "Rulon" is unknown, "Jack Williams" is likely the Jack Williams of Fargo, an active leader in the American Legion and promoter of youth baseball.