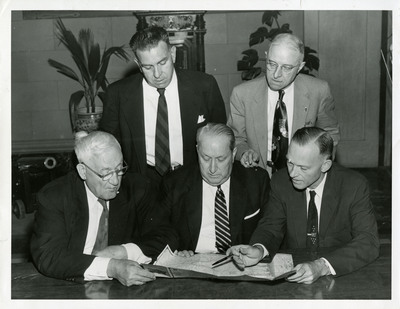 "Hearing on damages to highways resulting from the erection by the government of atomic energy plant. (Hartford atomic energy project)" (from back of photograph)

The other individuals are identified on the back of the photograph as "Lane" and "Magnuson" (front row) and "Willis" and Walter Lee (back row). Lee was a Legislative Assistant on the House Judiciary Committee.