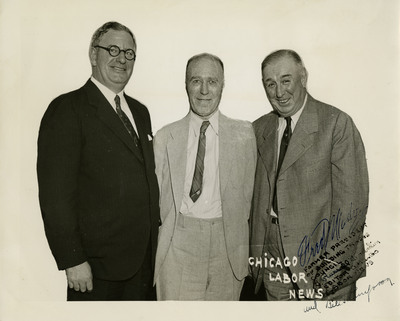 The identity of the person on the left is unknown. It might be Fred Mader, former President of Building Trades Council, or the editor of Chicago Labor News publication. Both are referenced to at the bottom of the photograph.