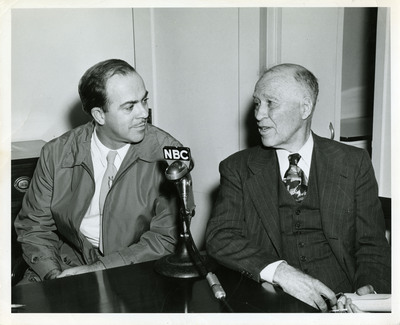 Photograph of North Dakota Congressman William Lemke being interviewed on NBC Radio by an unidentified person. A stamp on the back of the photograph indicates it was taken by RENI Photos.