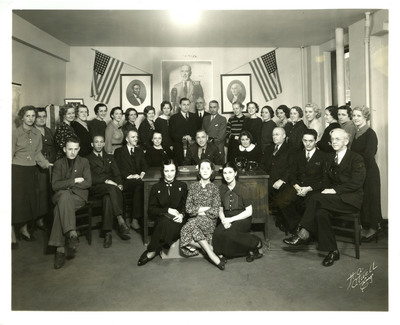 Volunteers and officials of the Union Party gather for a large group photograph before the 1936 election. Photographs of North Dakota Congressman William Lemke (the party's candidate for President), Abraham Lincoln, and George Washington are on the wall behind the group.

The Union Party gathered almost 2% of the popular vote in the 1936 election and disbanded shortly after.