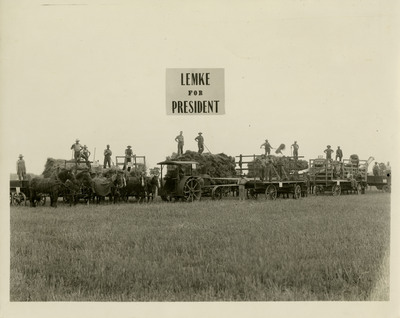 Advertisement for William Lemke's presidential campaign in 1936 as a member of the Union Party. A stamp on the back of the photograph reads: "F.E. Smith 403 N. Main St. Dephos, Ohio"