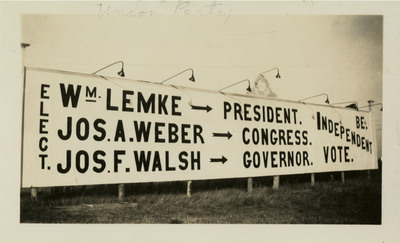 An Union Party campaign billboard from 1936. The billboard promotes William Lemke for President, Jos A. Weber for Congress, and Jos. F. Walsh for Governor, while also reading "Be Independent Vote."