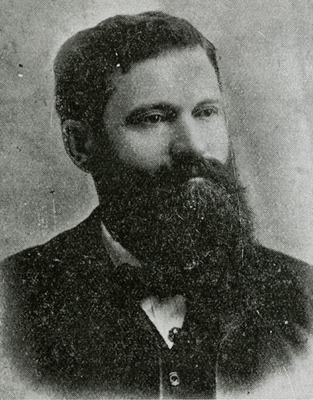 An undated portrait of Alexander Griggs, the founder of Grand Forks. A steamboat captain, Griggs arrived at the confluence of the Red River and the Red Lake River in 1870 and officially platted the town site of Grand Forks in 1875. Before his death in 1903, Griggs served as the city's mayor, postmaster, and on the city council. Griggs was also a member of the Grand Forks County Commissioners and the North Dakota Constitutional Convention.