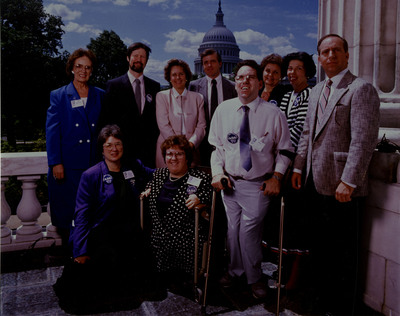 The members of the National Association of Developmental Disabilities Councils pose for a group photograph in front of the United States Capitol. Dagne Olsen is on the far left in the second row. Dagne Olsen represented Manvel in the North Dakota House of Representatives from 1981 until her death in 1994.