Dr. Louis Sullivan and Dagne Olsen of the President's Committee on Mental Retardation 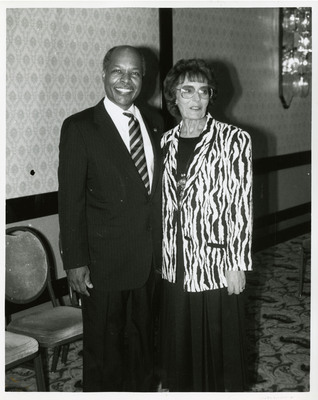 Dr. Louis Sullivan stands for a photograph alongside Representative Dagne Olsen, while both were serving on the President's Committee on Mental Retardation. Olsen was named to the Committee by President Ronald Reagan in 1988 and was reappointed by President George Bush in 1992. Dagne Olsen represented Manvel in the North Dakota House of Representatives from 1981 until her death in 1994.