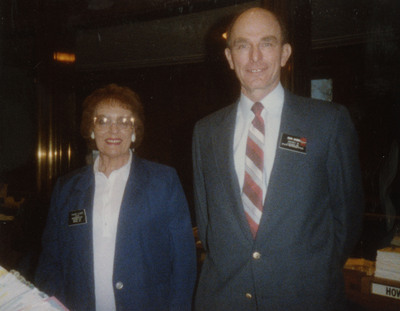 Representatives Dagne Olsen and Don Shide pose for a snapshot during the 1989 legislative session. Dagne Olsen represented Manvel in the North Dakota House of Representatives from 1981 until her death in 1994, while Don Shide served in the House for seven terms. Both were Republicans.