Legislative Picnic at the State Capital 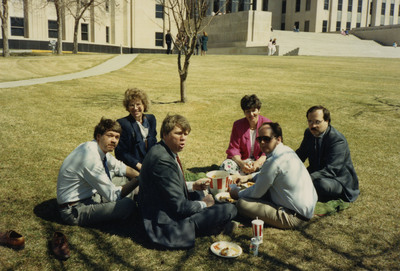 A group of North Dakota legislators gather for a picnic on the grounds of the state capital in Bismarck. State Senator Wayne Stenehjem is seated at the far left, next to State Representative Rosemarie Myrdal. The remaining four individuals are unidentified.