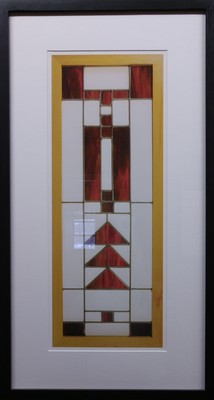 Robert O. Kelley began serving as UND's 11th president on July 1, 2008. After earning his doctorate in cell and developmental biology from the University of California, Berkeley, his distinguished career included such undertakings as chairing the Assembly for the Association of American Medical Colleges (AAMC) and the Council of Academic Societies for the AAMC. In an effort to advance the academic and intellectual life at UND, Kelley launched a program of “Exceptional UND Initiatives.” Kelley intended his stained-glass piece to be a highly stylized image of the elegant profile of a Hopi Woman. The muse behind the work was a photograph by Edward Curtis dating back to the early 20th century.