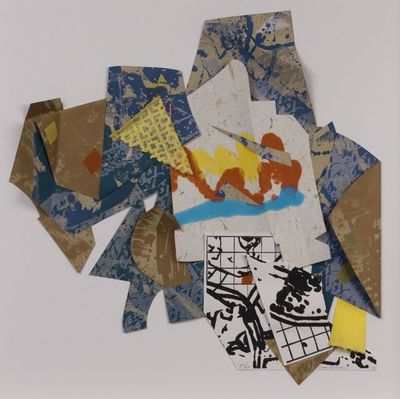 Gilliam (b. 1933), an artist of African-American heritage, was born in Louisville, Kentucky. Since the 1960s, he has often been identified as a prominent figure within the school of Washington, DC, color-field painters that included Morris Louis and Kenneth Noland. Gilliam’s art, however, is very different in character than their work because of his preoccupation with accidental paint drips and other physical evidence of the artist’s process. Gilliam often manipulates his paintings into three-dimensional arrangements. This 3-D print, which is torn and reassembled, is similar in appearance to Gilliam’s paintings.

Included in 'Art Across the Ages: A Selection of Treasured Works'