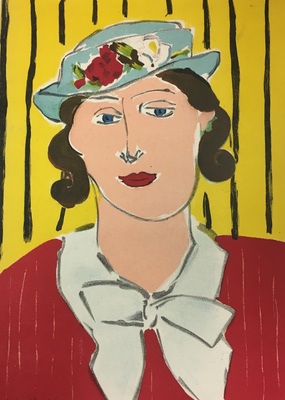 Verve text on verso. Published by Verve and printed by Mourlot Freres. 1" Margins.