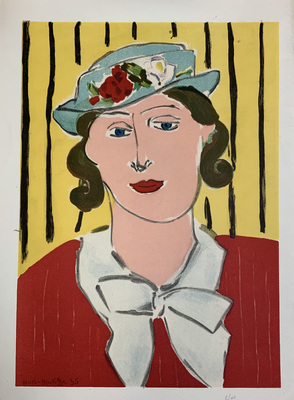 Verve text on verso. Published by Verve and printed by Mourlot Freres. 1" margins.

Tape on verso, top edge. Rough edge where it was removed from the book. R/W hand written in lower right (recto).