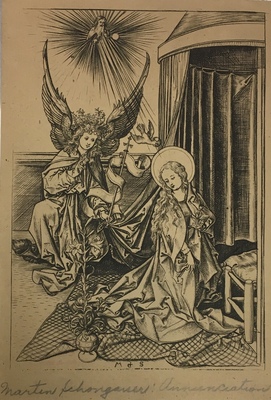 Martin Schongauer (Alsation, ca. 1450 - 1491) was a painter and engraver having tremendous influence on Dürer and the "Little Masters" that soon followed his lead. This work was created by Amand Durand after Schongauer.