Amand Durand After Master of the Housebook

The Three Dead and the Three Living 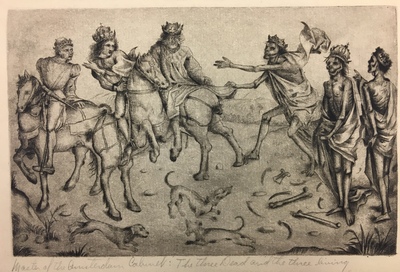 Original work by Master of the Housebook, Ca.1485 - 1490. This work was created by Durand after the original.