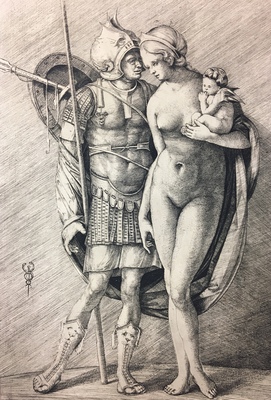 Jacopo de Barbari was an Italian artist (1460 - 1516). This work was created by Durand after de Barbari.