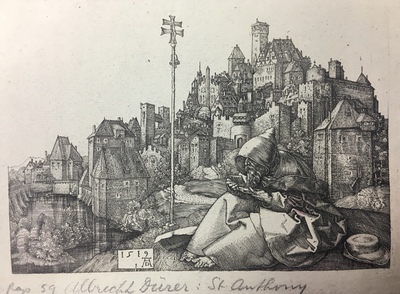 Albrecht Dürer was a German artist (1471-1528). This work was created by Durand after Dürer.