Family of Beggars at the Door 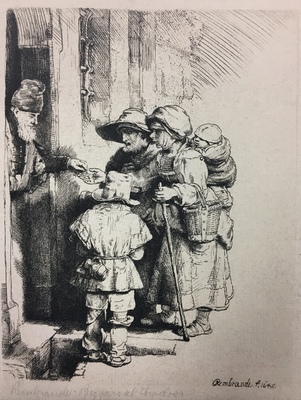