The Organ Player and His Wife 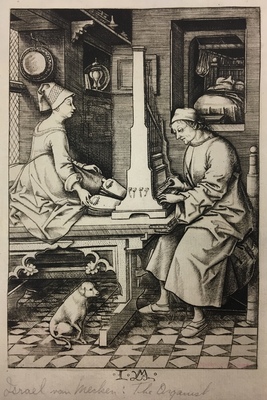 Original work by Israhel van Meckenem (German, Dutch 1445-1503).
This work is by Durand after van Meckenem.