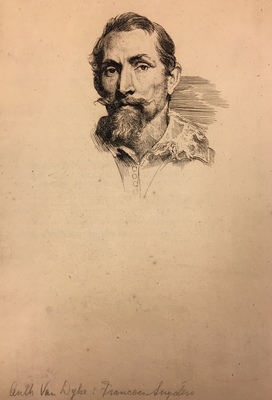 Anthony Van Dyck was a Flemish artist (1599-1641). This work was created by Durand after van Dyck.