Untitled (One from a set of 15 lithographic studies of animals) 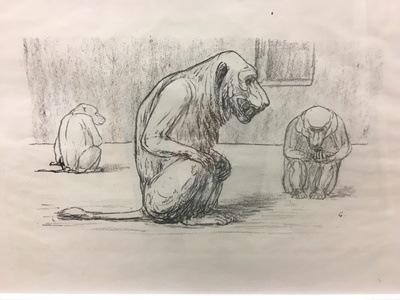 August Gaul spent his career studying animals and depicting them in his work. During his time at the Academy in Berlin, he won an annual zoo pass, which provided him with ample subjects in which to study. The source of Gaul's adoration and commitment to animals in his work is not known, but his lifelong devotion to the subject matter led to much success in his art life.

Gaul was a leading German sculptor and expressionist, known for his sculptures and lithographs of animals. He was also a founding member of the Berlin Secession (a movement of opposition to the Berlin Academy).