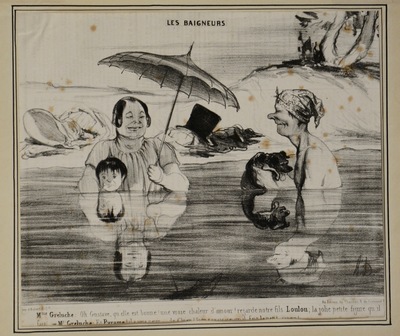 Translated: Mrs. Greluche: Oh Gustave, how good it is! a true warmth of love! look at our son Loulou; the pretty little figure he makes! ..- Mr. Greluche: And Pyrame! he's scared….of Dog! If you knew what he does the little capon!