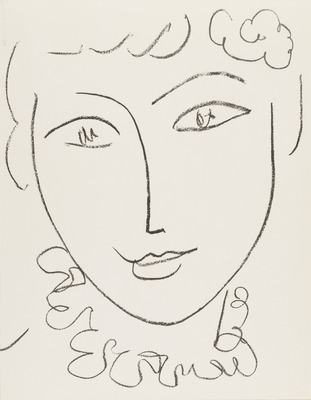 Frontispiece from 'Portraits' by André Saurent in 1954. Published by Mourlot. Portrait of a young woman.