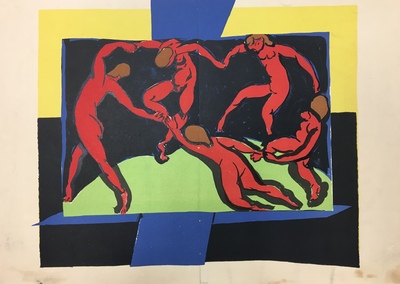 Initialed in linocut print on verso

La Danse is a recreation of one of Matisse’s most well known works -Danse- created by Matisse for Verve Magazine. His original work Dansewas originally one of two pieces (Danseand Music) commissioned by renowned art collector Sergei Shchukin to decorate his mansion, the Trubetskoy Palace, in Moscow.