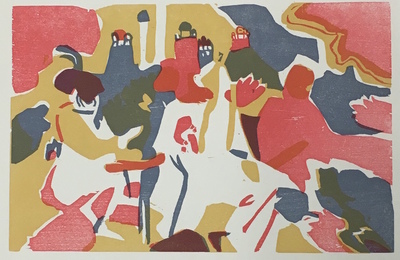 The first edition for this print was created as part of Kandinsky's "sounds" series. The second edition printing was supervised by Kandinsky and issued in Paris for the magazine XXe Siècle, Paris 1938. Kandinsky had kept the blocks for the print in his studio from 1911.

1200 prints created, many destroyed during the war.