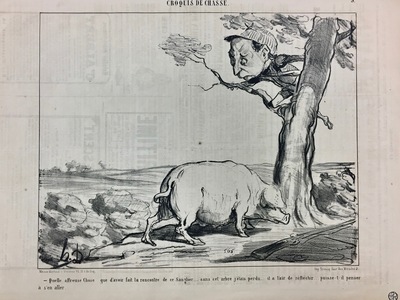 Translation: What an awful thing to have done against this Boar ... without this tree I was lost ... he seems to be thinking... may he think of going away.

Tear bottom right. Darkening or bleaching from prolonged exposure to ultraviolet and/or heat from sun or artificial light