Teeny (Portrait of a Woman) 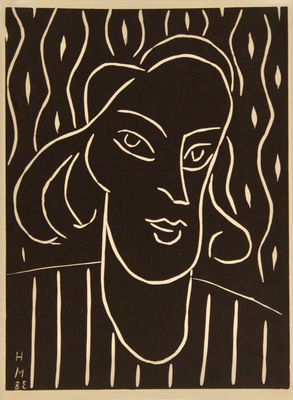 Initialed in the block, lower left

Teeny or Portrait of a Woman, was part Published in the Christmas 1938 issue of the deluxe art review, XXe Siecle. Additional lithography related to the work on verso.

tape residue on verso in corners