Fate of the Evil Tongue 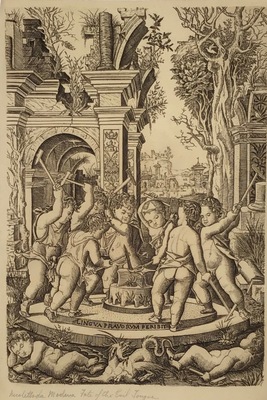 Original work by Nicoletto da Modena (Italian, 1500-1520). This work was created by Amand Durand after Robetta.