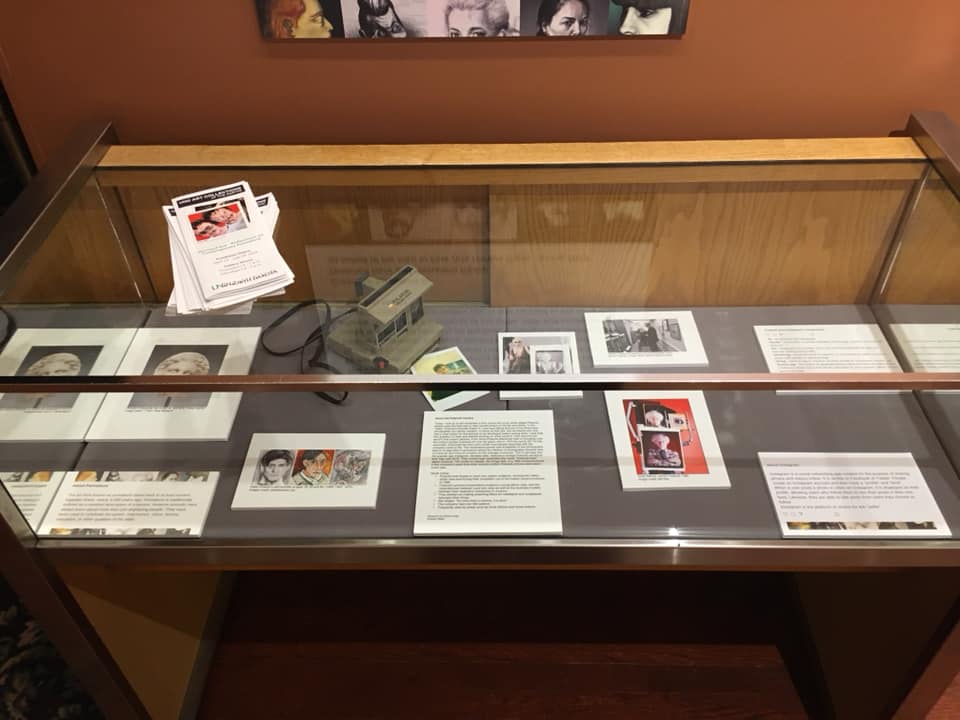 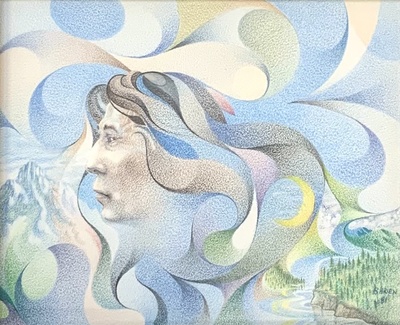 Bennett Brien ('84, '88), is a native of Belcourt, ND and a graduate of the University of North Dakota. He is experienced in several medias, ranging from acrylic to various metals. Brien is well recognized in the northern states and is best known for two sculptures, a buffalo and an Arabian horse, located on the state capitol grounds in Bismarck, ND. An artist who uses art to honor and bring attention to Native American culture and significance, he is also the creator of Soaring Eagle, a sculpture in the garden behind the Chester Fritz Library at UND.

Like many of Brien’s works, this piece expresses culture and ideals. The connection of the individual to the natural world can be seen in this piece, through his representational use of imagery.

Featured in the student-curated exhibition, #InYourFace: Reflections on Contemporary Portraiture, 2019