Colonel Timboe by a Bunker 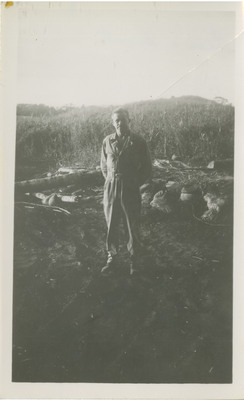 Colonel Art Timboe of the 164th Infantry Regiment stands beside a dugout on Guadalcanal. The back of the photograph reads "Near a dugout."