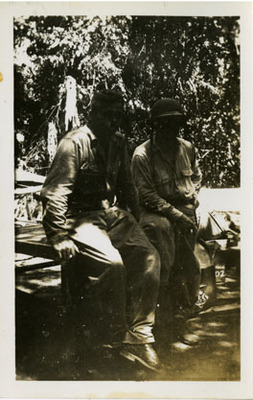 Colonel Art Timboe of the 164th Infantry Regiment and Lieutenant Colonel Stickney (?) of the Marine Corps pose for a photograph on Guadalcanal. Information taken from the back of the photograph.