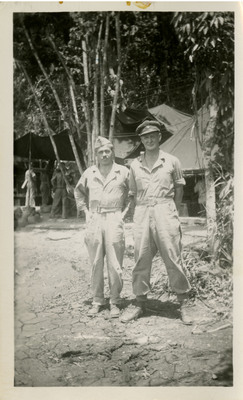 Colonel Art Timboe stands beside Colonel Matheson (?) from Australia. Information taken from the back of the photograph. A native of Devils Lake, North Dakota, Colonel Arthur Timboe (1907-1996) served in the 164th Infantry Regiment in World War II and as a Public Information Officer for the Korean Communication Zone during the Korean War.