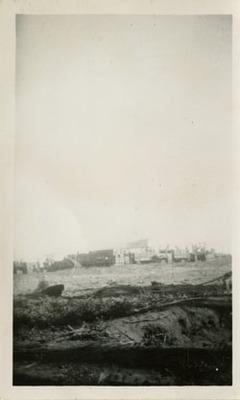 "Torpedoed U.S. ship in background. Off Guadalcanal." (from back of photograph)